Get your Bets on Exclusive bet tips and previews for this weeks football games!

Riyadh, Saudi Arabia will host the 234th Derby della Madonnina when Milan’s two most successful teams meet in the Supercoppa Italiana. Surprisingly, this is only the 2nd time these two teams are clashing in this fixture with the first coming in 2011 when Zlatan Ibrahimović and Kevin-Prince Boateng were on the scoresheet in Milan’s 2-1 win, with Wesley Sneijder’s strike not enough for Inter.

The Nerazzurri have produced results since the return of the league, though their performances have been somewhat less convincing. They’ve recorded three wins and a draw this January including a 1-0 victory against league leaders, Napoli – their first in the Serie A this season. Lautaro Martínez may have lost his starting position in Argentina’s lineup as they won the FIFA World Cup following a series of embarrassing misses, but he’s quickly regained his scoring form for his club with three goals in his last three matches.

This game presents an opportunity for reigning Serie A champions, Milan to record consecutive victories over their neighbors for the first time since 2011. Earlier in the season, Rafael Leão put on a Man of the Match display as he recorded a brace and an assist in their 3-2 victory in the league and they’ll be looking to him to once again lead them to victory. That said, this task will be a tough one for them. Unlike their neighbors, Milan’s form has been shaky since the World Cup concluded, and they’ve recorded just one victory in four games. They blew a 2-0 lead against AS Roma a week ago in a 2-2 draw before crashing out of the Coppa Italia in the Round of 16 against 10-man Torino. Just this past weekend, they had to come back from two-goals down against newly promoted Leece to earn a point which will undoubtedly be a worry for Stefano Pioli.

The Eagles welcome the English Premier League’s most in-form team, Manchester United to Selhurst Park with the aim of ending the visitor’s nine-game winning streak which includes five in a row in the league. Erik ten Hag and his men will be very weary of this fixture as it has been tricky in recent times. After a run of 22 wins, 6 draws and just 3 defeats in 31 games against Crystal Palace, the Red Devils have lost 3 of their last 6 games to Wednesday night’s hosts including a 1-0 loss on the final day of last season under Ralf Rangnick. For the visitors, they’ll be hoping to avoid consecutive league defeats to Palace for the first time in club history.

This past weekend’s triumph in the Manchester Derby was the club’s 9th in a row in all competition which equalled their previous longest winning run since José Mourinho in the 2016-17 season which also came between December and January. A win on Wednesday – a 10th on the bounce – would be the club’s longest since the Sir Alex Ferguson era and would fill the club with belief that they could challenge for the title with a trip to Arsenal scheduled afterward. At the heart of Man Utd’s recent form are players like Casemiro and Luke Shaw, but Marcus Rashford has arguably been their most important player given his recent goal-scoring streak. The English forward who netted just twice in 22 games under Ralf Rangnick has 16 so far this season and has scored in 9 consecutive home games equalling a club record set by Dennis Viollet back in 1959.

Patrick Vieira’s boys, meanwhile, have been in poor form since the league resumed last month and have 4 losses and just 1 win in their last 5 games – a 2-0 victory against Bournemouth. They’ve lost their last two games at home without scoring a goal while giving up seven (3-0 v. Fulham & 4-0 v. Tottenham). They’ll be looking to avoid a third consecutive defeat at home without scoring a goal for the first time since 2017 and will have their hopes firmly on Wilfred Zaha, their big-game player as well as Eberechi Eze who has provided assists against Liverpool and Manchester City this season.

In arguably the most anticipated friendly in recent memory, Cristiano Ronaldo will captain Riyadh XI when he faces his old foe, Lionel Messi in what could be the last time. As part of the Riyadh Season cultural events, the Riyadh XI features players from Saudi Arabia’s top two teams; Al-Nassr (Cristiano Ronaldo’s new team who top the league with 30pts) and Al-Hilal, 2nd in the league with 29pts. Other notable players like Salem Al-Dawsari (who scored a stunner against Argentina in the World Cup), Matheus Pereira and Odion Ighalo of Al Hilal are also expected to make the team but David Ospina – Al Nassr’s goalkeeper – is expected to miss out due to an elbow injury.

While Lionel Messi may have put the GOAT debate to rest following his triumph at the World Cup, this would be a chance for Cristiano Ronaldo, who had to endure the harsh reality of being benched at Man Utd and Portugal, to remind everyone of the danger he can pose. In the 36 games in which they have met, both players have risen to the occasion, and it’s expected they do so again. In those 36 games, Lionel Messi has 22 goals and 12 assists while Cristiano Ronaldo has 21 goals and 1 assist.

The King Fahd Stadium, which will host the game, received over 2 million applications for tickets and is expected to be at a full capacity (over 68,000). The referees will be sure to give the fans what they came for and goals from either or both players – which could come from the penalty spot – is all but certain.

Manchester City’s two losses to Southampton and Manchester United in the space of four days could easily be brushed off as a blip, but having registered just one shot on target across 180 mins in both games, there’s cause for concern especially when you consider the attacking firepower at Pep Guardiola’s disposal. Last season, the reigning Premier League champions lost home and away to Tottenham Hotspurs which could be significant going into this game. Even more worryingly, the Cityzens have lost four of their last five Premier League games against the North Londoners and Pep Guardiola could be in danger of losing three consecutive league games to the same side for the first time in his legendary managerial career.

While Spurs have enjoyed a fine form on the road lately (9 goals in their last 3 away games) and have fared well against league champions (4 wins in 9 away matches against reigning top-flight champions), Antonio Conte has concerns of his own especially after the 2-0 defeat in Sunday’s North London Derby. The defeat to Arsenal was the 5th home league game in a row in which Spurs had conceded 2+ goals – the first time since 1992 – and perhaps, a road trip is what is needed.

This game also features two of the league’s leading scorers in Erling Haaland (21 goals) and Harry Kane (15 goals). Both players were kept quiet by their standard in their respective derbies over the weekend especially Haaland who failed to register a shot on target. It’s way too early to label this a must-win game for either side but, for Manchester City, failing to win could set them even further behind league leaders, Arsenal while Spurs’ hopes of getting back in the Champions League could take a big hit if they lose.

An aggressive Juventus side is expected to take the field when they host Monza in the Coppa Italia Round of 16 on Thursday and for multiple reasons. First and most obvious is the 5-1 humiliation suffered at the hands of Napoli on Friday which was the first time since 1993 (v. Pescara) the Old Lady had conceded 5 times in a Serie A game. After a shaky start to the season which saw them in mid-table, Juventus had strung together a run of 8 consecutive league wins in which they kept clean sheets in all 8 games but their defense surprisingly crumbled with ease against the league leaders.

The second reason, is the 18th of September, 2022. Juventus lost 1-0 away at newly promoted Monza in a game that featured a first half red card to Ángel Di María and with both teams set to meet again 10 days after this game, victory in both would be some sort of redemption/revenge for Juventus.

After losing their first 3 home games in the Serie A this season, Monza have won 4 of their last 6 games in front of their fans with clean sheets in all 4. However, they’ve struggled on the road – which is expected of a newly promoted side – with 5 losses in 9 games and just 1 clean sheet in that period. While they’ve not lost a home game in the Coppa Italia since 2008 (7 wins in 7), all their eliminations have come away from home – a trend Juventus will be eager to extend.

Real Madrid return from their Supercopa de Espana trip to Saudi Arabia to face Villarreal in the Copa del Rey. The aforementioned trip ended in disappointment following a 3-1 loss to bitter rivals, Barcelona in the final and Carlo Ancelotti would be worried about his side’s form after the World Cup despite winning 3 of 5 games. They beat Valladolid (2-0) but only after the hosts were reduced to 10-men, struggled to beat 4th tier CP Cacereño (1-0) in the previous round of the Copa del Rey, lost to Villarreal in La Liga which saw them drop 3pts behind Barcelona before heading out Saudi Arabia where they needed penalties to skip past Valencia in the semis before losing in the final. With the reigning Spanish and European champions returning to Villarreal, things could get worse. 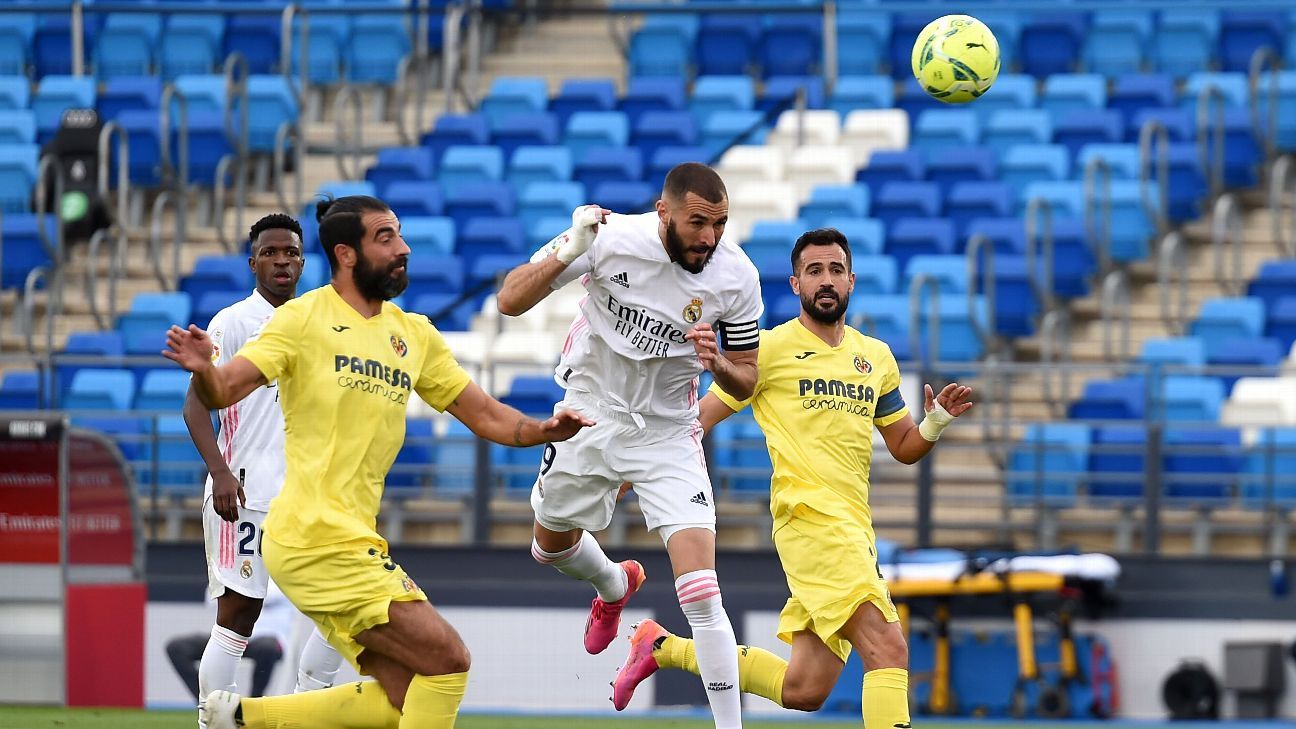 New Villarreal manager, Quique Setien is on a mission to repair his reputation following his spell as Barcelona head coach. Despite finishing second during his time with the Catalans, Setien will always be remembered for the 8-2 humiliation he suffered at the hands of Bayern Munich but perhaps victory in this competition – a first domestic title in club history – would erase his dark past. Since taking over at Villarreal following Unai Emery’s departure to Aston Villa, he’s led the Yellow Submarines to 7 wins and a draw in 8 competitive and noncompetitive games. Having not progressed further than the quarter-finals since losing to Barcelona in the 2014–15 semi-finals (their best-ever finish in the competition), they’ll be aiming to record their second win in two weeks over a Los Blancos side which is likely to be rotated.