Manchester United’s 1-0 victory over West Ham on Sunday was a good battle between two Defensive Midfielders – Casemiro & Declan Rice – and the second half of the game was perfectly set up for both players to showcase their individual strengths. Casemiro’s profile as a midfielder could not be further from Declan Rice’s. The 5-time Champions League winner is more of a Destroyer and known for his ball winning, interceptions, positional discipline, anticipation & strength in duels. Declan Rice’s interpretation of the Defensive Midfield role is more like his fellow countryman and former Hammer, Michael Carrick. He’s a Deep Lying Playmaker who dictates the tempo of the game by receiving the ball in deep areas where he helps connect defense and attack. Declan Rice isn’t exactly known for his physicality, but his ability to deliver line breaking passes, his understanding of in-game situations & his composure on the ball are some of his biggest qualities. For a lot of coaches, having a player like Declan Rice on the pitch is almost like having a coach on the pitch and it is no coincidence that a large percentage of Deep Lying Playmakers transition to coaching when they retire from playing.

With West Ham in desperate need of a goal and Manchester United defending their slim lead, these two players stepped up. Casemiro ended the game winning 4 of his 9 ground duels and 4 of 5 in the air. He was dribbled past just once, had 4 clearances, 1 interception, 2 tackles and committed 4 fouls without picking up a yellow card. Declan Rice had 84 touches of the ball, completed 87% of his passes, had 4 long balls, a key pass & 1 shot on target. Though Man Utd left with all 3 pts, Casemiro and Declan Rice – two players at opposite stages of their careers – left everything on the pitch and their post-game hug showed the mutual respect they had for each other.

In football, having the right blend of midfield profiles is more important than just having a top Defensive Midfielder and hoping he works his magic. This applies to a 2-man or 3-man midfield although the latter is now widely adopted as the norm while the former is slowly being phased out. Most 3-man midfields usually have 1 of the following 3 selections;

In the late 2000s, Rafa Benitez and Liverpool built arguably the most balanced midfield 3 the Premier League has ever seen using 2 Holding Players and an attacking player. Javier Mascherano played the role of the Destroyer to perfection and was one of the leading ball winners in the world. Xabi Alonso was a Deep Lying Playmaker whose style of play was completely different. He was calm on the ball, dictated the tempo and pretty much ran the show. Then there was Steven Gerrard; the box to box midfielder who was an Energizer. Like most Energizers, Gerrard was known for his stamina, pressing, late runs into the box and ball carrying. He was also blessed with one of the fiercest shots the world has ever seen, though not a typical quality of an Energizer. In just 4 months together, the trio guided Liverpool to the Champions League final against AC Milan although they would go on to lose that game 2-1. Though they never won a title together – with their 2008/09 Premier League runner-up effort the closest they came – they’ll always be remembered as one of the finest midfield pairings and they did that with two Defensive Midfielders. Like someone poetically put it; “Gerrard brought the energy and leadership, Alonso brought the calm and Mascherano brought the storm”. 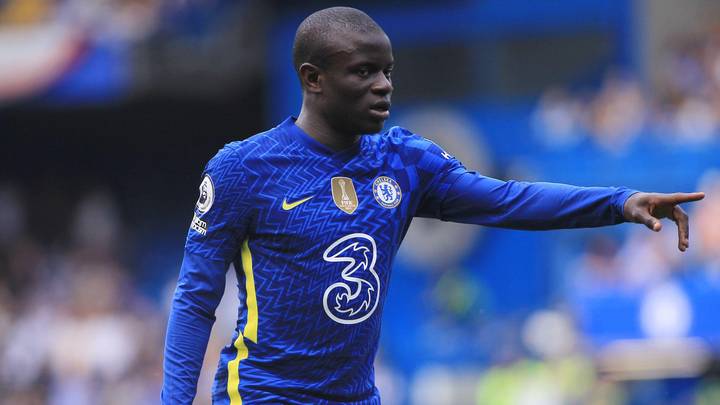 There have been countless all-time Defensive Midfielders over the years with different profiles but N’Golo Kante is arguably the best of them all. The French Midfielder was a hybrid of a Destroyer and an Energizer. He did all the work in the defensive phase and still had time to win the ball high up the pitch, take on his man, occasionally create goals and score them. In the 2015/16 and 2016/17 seasons as well as the summer of 2018, N’Golo Kante proved why he was the best Defensive Midfielder in the world. He led Leicester City on a fairytale run to its first Premier League title in 2015/16 playing in a 2-man midfield with Danny Drinkwater before moving to Chelsea the following year and helping them win the Premier League title as well. At Chelsea, Antonio Conte used a 3-4-3 which also used a 2-man midfield and Kante was often paired with Cesc Fabregas and sometimes, Nemanja Matic. A year later, Kante was France’s most important player as he helped them win the World Cup. He played with Paul Pogba & Blaise Matuidi in a 3-man midfield.

Though N’Golo Kante is still a top player, he’s battled with injuries over the past 18-months which has robbed him of some consistency. In his absence, a few players have stepped up to claim his place as the best Defensive Midfielder in the world. Here’s our list of the Top 6 in the World Right now.

At first glance, the Bayern captain isn’t the most intimidating. He’s 5′10, doesn’t scare anyone physically, has a babyface and quite frankly looks like he still needs his hand held to cross a street. But, judging him based on his looks is a mistake no one makes anymore. Kimmich is arguably the best Deep Lying Playmaker in the World right now. Since making his transition from a Right-Back to a Defensive Midfielder, he’s become exceptional in dictating the game with his short to medium passes, his reading on the game, his interceptions and his smart tackling. As he showed in their treble winning season in 2020 and their continuous dominance of the Bundesliga, Kimmich is almost unmatched in his versatility and ability to read the game. Like Pep Guardiola – the manager who signed him – famously said about him; “I see him as a top right-back, left-back, centre-back, No.6, No.8, No.10… he has the qualities to be anything. I think he’s phenomenal; an absolutely phenomenal player.”

The Brazilian midfielder has been one of the best Defensive Midfielders in the world for the past 7 seasons and he has multiple titles – including 5 Champions League medals – to show for that. While Casemiro has already cemented his place as one of the best Defensive Midfielders in this generation, his move to Manchester United has increased his reputation. Since becoming a starter at the club, he has helped transform the team defensively. In Man Utd’s last 7 games, they’ve kept 6 clean sheets and only conceded once (from the penalty spot) in that period. He leads the Premier League in duels per 90 mins (8.6) since he joined, and, as a team, Man Utd leads the league in possession won in the final third (21). Casemiro was part of the Brazil squad that won the Copa America in 2019 and he is one of the reasons the Samba Boys are heavy favourites for the Qatar World Cup.

In a lot of ways, the move from club legend Fernandinho to Rodri shows just how much of a tactical genius Pep Guardiola is. Rodri fits Guardiola’s preferred idea of a Defensive Midfielder and after a shaky debut season, he’s grown into one of the premier Defensive Midfielders in the world. Like Sergio Busquets in Pep’s Barcelona, like Xabi Alonso, Philipp Lahm and Joshua Kimmich in Pep’s Bayern, Rodri is an outstanding passer who reads the game at a high level. He doesn’t exactly throw his weight around, instead he intelligently relies on superior knowledge of the game to go for interceptions. He’s also excellent at beating the press, a tactic most top opponents always deploy against Man City.

If there’s one player who deserves more recognition than he gets in football, it’s Marcelo Brozović. The Croatian is the best Defensive Midfielder in the Serie A but gets little to no praise outside the league due to the lower visibility it gets.  He played 33 league games as Antonio Conte led Inter to the league title in the 2020/2021 season and was key to the Simeone Inzaghi side that came within 2 points of retaining the title last season. Known for his energetic runs, his passes into the final third and positional discipline, Brozović sits deepest in a 3-man midfield for both club and country which has allowed him to maximise his potential. He was part of the Croatian team that got to the finals of the 2018 FIFA World Cup where he played 6 of the team’s 7 games and he’ll be key in his team’s quest to have a similar outing in Qatar 2022.

Admittedly, the Brazilian Midfielder is having a bit of a struggle this season but who can blame him? Fabinho & his teammates came within 2 wins of claiming an unprecedented English quadruple which meant Liverpool took part in every single game possible in the 2021/22 season – 63 games to be precise. This took a physical toll on the players and is partly responsible for their slow starts and it would be unfair to judge Fabinho on the past 2 months and not the past few seasons where he has been nothing but World Class. Since he joined from Monaco, Fabinho has been an outstanding shield for the backline and, occasionally, has been played as a center-back when the team has been hit with injuries. Like his countryman, Casemiro, Fabinho is a Destroyer whose ability to play as a Defensive Midfielder, Center-Back & Right Back sets him apart.

If the Ghanaian midfielder has a blemish in his game, it’s his durability. He missed 14 league games last season, and some believe The Gunners would have claimed a Champions League spot if he had been fit. This season, he’s missed 4 league games due to a thigh problem and there are concerns about what shape he might be in when he gets back from the World Cup. When he’s fit, though, he’s one of the best in his position. He’s very similar to Fabinho; a holding midfielder who stays back during the build-up phase to provide a defensive balance, a player who stops counter-attacks and who is capable of pinning opponents in their half. Arsenal are currently top of the Premier League and are having one of the best starts to a top flight in club history and a lot of that has to do with Partey’s presence in the heart of their midfield.